The Louth Lawn Tennis and Bowling Club was formed in 1881 with the first recorded meeting on 15th June 1881.

The first President was the Mayor of Louth, James Fowler Esq. JP, (the famous architect who lived at Grove House in Westgate, now denoted by a blue plaque). He was President until his death in 1891. The Members gathered at an Extraordinary General Meeting in the Guild Rooms, Upgate (the Old Library) on October 14th 1892 to agree the letter to write to Mrs Fowler expressing their sympathy.

Some meetings at this stage were also held in the Town Hall – a sign of our civic and social history connections with Louth.

Subscriptions were 7/6d for gentlemen, and 5/- for ladies and non-playing members. A fine of 1/7d was payable for each ball unreturned at the end of playing.

In 1885 Mr Soulby, purchased the land for the exclusive use of the Club members, the rent being £8.00 per annum. The same year a second court was laid on the lawn.

In 1897 we had our first financial crisis. At the meeting on 13th October a resolution was passed that “13 playing members would be asked to contribute 8/- each towards the deficiency in the Club’s finances, on the understanding that on that condition, the President and certain other non-playing members would render the Club free of debt at the commencement of the season 1898.”

Towards the end of the century (circa 1898) croquet became very popular, so much so that tennis was almost obliterated. Play was only allowed from April to September and tennis was not generally allowed before 2pm, although croquet could be played from 11am.

Meetings were often held in the Wheatsheaf Inn and Annual Club Suppers were enjoyed there.

In 1947 the land was purchased by the Members for £200 and the Club became ours. 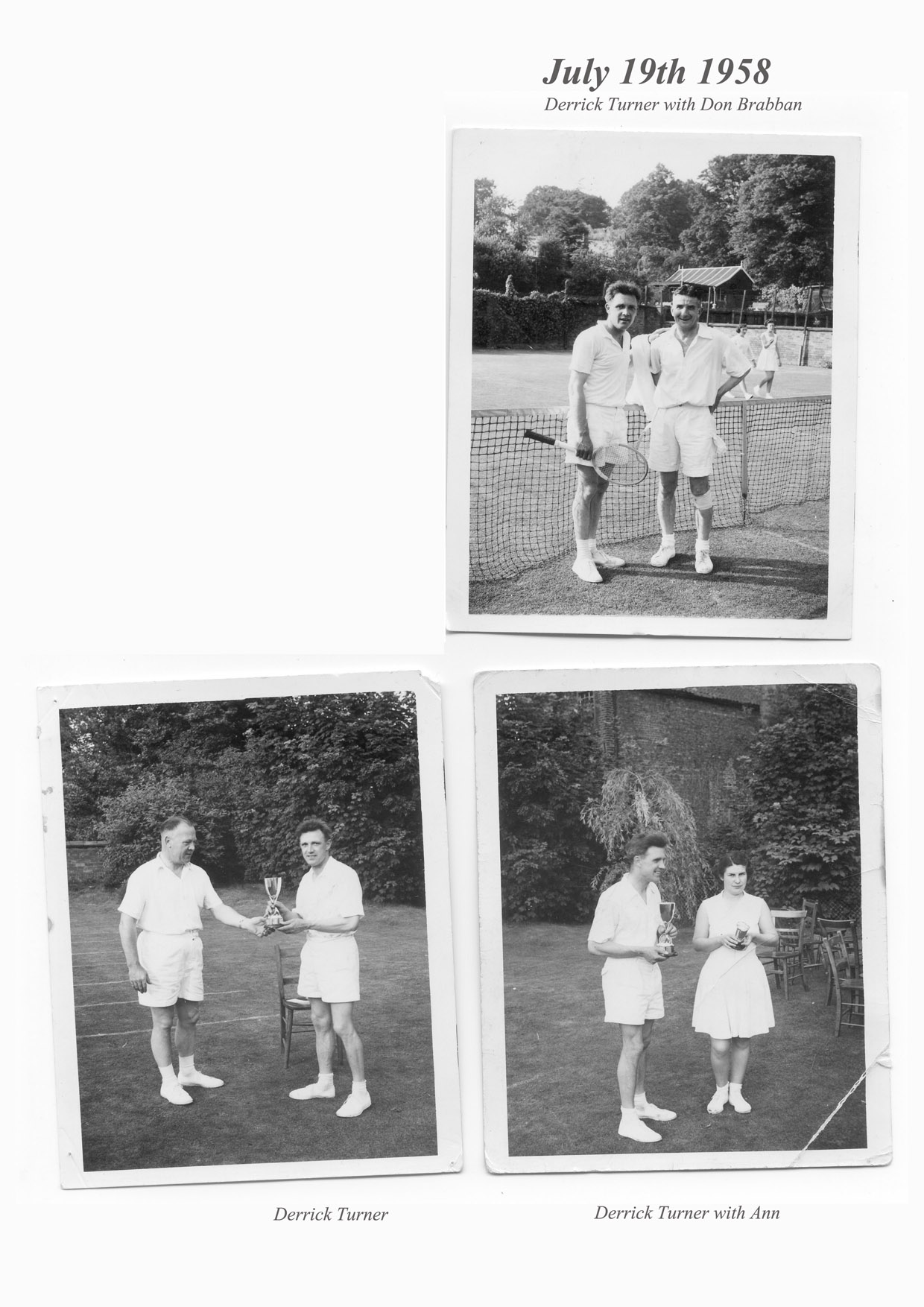 The 1960s and 70s were busy periods for the Club which was indicative of Lawn Tennis in that era. Strawberry teas, American-style tournaments, and the annual club competition were enjoyed by all it seems. 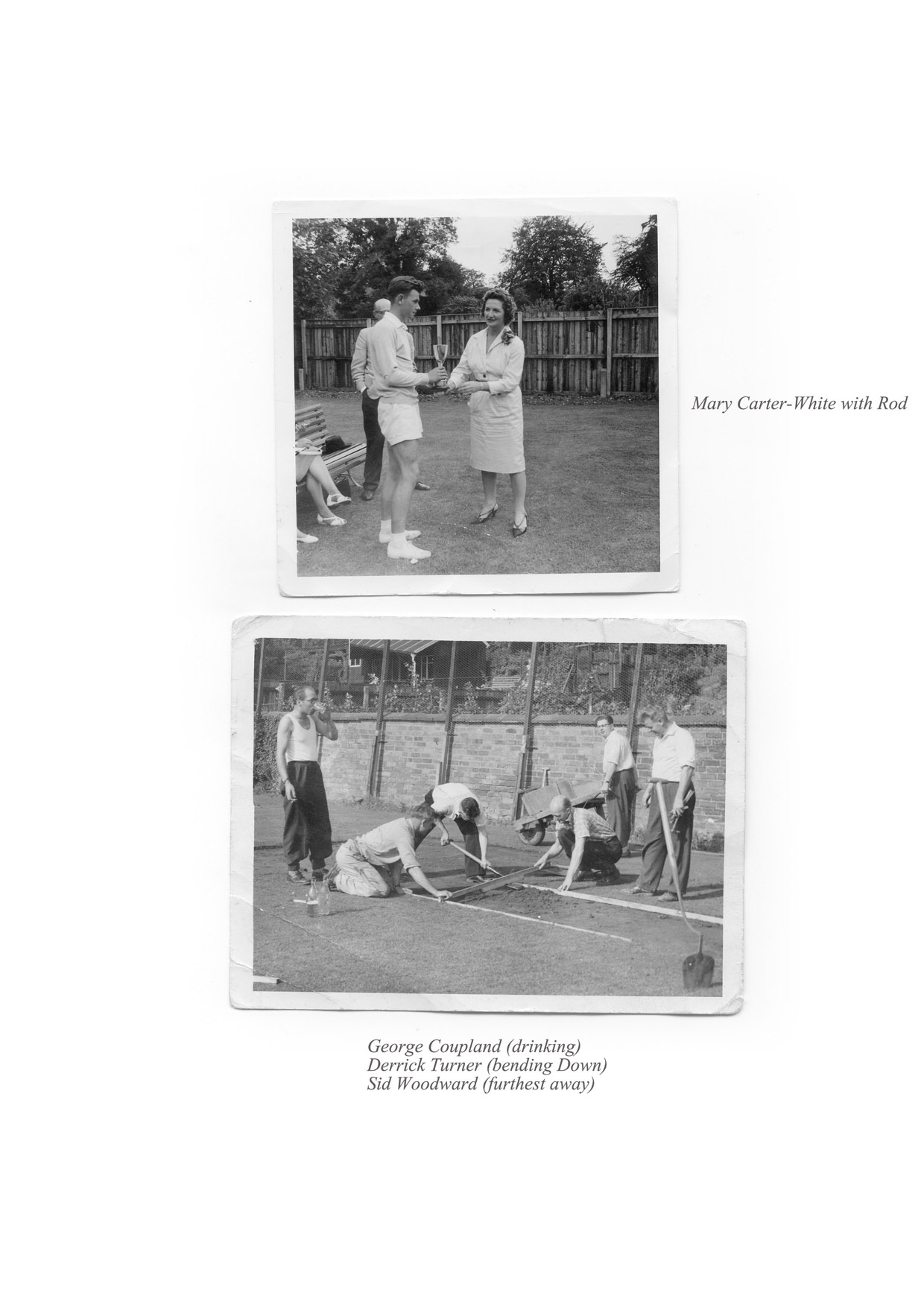 By the 80s things were changing with increased competition from other sports and the increasing availability of all-weather surfaces, but we still entered leagues. In 1982 the ladies won all their matches whilst the men lost all theirs!

In 1982 the new footbridge was installed, and in 1983 we extended the playing hours by allowing seniors to play from 1pm.

In 1985 even a delayed start to the season did not stop the courts deteriorating!

By 1988 there was much talk about a rival club forming on all-weather courts, our own grass courts being in poor condition, buying other premises and troubling arguments over whether a mixed match could be played on a Wednesday evening! An estimate for all-weather courts was obtained for circa £20,000.

The momentous decision to change our courts to all-weather was taken in the Wheatsheaf on 16th November 1988.

On 19th August 1992 a sliver of land to the west side of the courts was acquired from Mrs Brown to enlarge the plot to LTA standards for two courts. This came with a restricted covenant that the grounds sold had to be for the purpose of tennis courts or lawn and that no floodlights would be installed.

In 1997 the courts had a refresh and patch repairs undertaken.

In 2011 the ball machine was purchased for the benefit of members.

In 2013 our pavilion was restored led by Steve Goss, John King and Janet Hempstead with help from a handful of enthusiastic volunteers.

In September 2016 the court surface was repaired with solvent based resin binder and repainted.